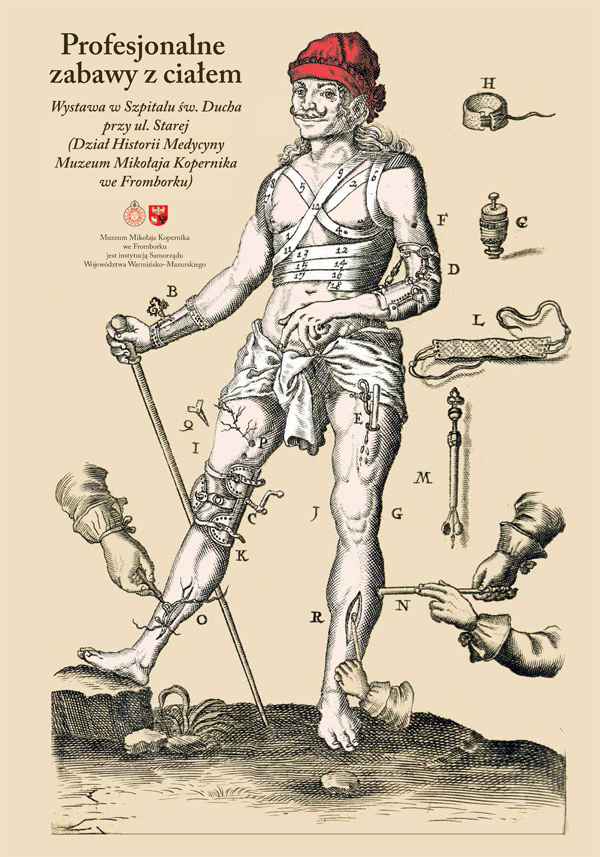 From today’s perspective the profession of an old-time surgeon appears to be a difficult one. It also seems to be multidimensional and fascinating as well. Surgeons used to be personal physicians of aristocracy and monarchs. At the same time they were fully engaged in helping the society as field or plague physicians; they dealt with dental and eye surgeries. They removed bladder stones fulfilling their hereditary profession of lithotomists. They performed cosmetic surgery, cured their patients of syphilis, helped women in complicated labours. Surgeons performed amputations and crafted artificial limbs. They even performed trephination – one of the most difficult surgical operations. The less specialized ones dealt with the same problems as barber-surgeons and barbers meaning that they let blood and ordered enemas.

For many centuries the life of a surgeon was usually the life „on the road.” Their world was constantly on the move, full of changes and full of wandering. Surgeons enjoyed the greatest social trust and respect despite being at the same time „exiled” for a long period of time from universities, and despite the fact that they were often in conflict with university doctors, barbers and barber-surgeons. Not until the seventeenth and eighteenth century was their profession recognized in the area of widely understood medicine. At that time surgeons gained fame, popularity and could finally be proud of their profession.

This exhibition is in its assumption supposed to show the multidimensionality of the profession of a surgeon, seen through today’s – so different – perspective.

The growing expertise of surgeons, their contribution to the development of medicine and their scientific research is visible in the presented at the exhibition antique books from the collection of the Museum of Nicolaus Copernicus in Frombork, enriched with exquisite graphics, thanks to which the published books are not just a medium of knowledge, but can be looked at also as exquisite works of art. For the purposes of this exhibition the staged Kunstkammer was created in order to bring into one’s attention the „cabinets of curiosities”, the owners of which were often famous surgeons aspiring to be called „scholars”.

The idea of how old time’s treatments, surgeries and surgical intervention looked like  emerges thanks to the interesting, sometimes striking in their form but also simulating one’s imagination exhibits of medical instruments, among others, trephines, dental keys, syringes, surgical saws, enema syringes, knives or bloodletters.

Surgeons worked in a specific space and in particular professional attire, hence among the exhibits one can find a copy of a medieval surgical cabinet from the fifteenth century, a slab from the region of Gdansk (most likely from the years 1945/1947) – a shocking in its simplicity but a very important tool and also a copy of a seventeenth-century costume of a plague physician.

However, the story of  former surgery is not just a narrative about the surgeons themselves, the main point of reference is, above all, the human body – the subject and  the object of surgical explorations their direction and purpose… While surgical  tools and medical treatises make up a story about the body „as such”, the body of the abstract, the general body, a yet another, quite different picture of the same body is created by the osteological exhibits (on loan from the Department of Anthropology at the Nicolaus Copernicus University in Torun) which include, among others, skulls with traces of trepanation; a woman’s skull suffering from syphilis and limbs affected by a variety of injuries, fractures and degeneration. In this case we are dealing with the image of a personal, individual body. These exhibits are an intimate journal of experience of a specific human being a historical record of tragic human fate intertwined with the fate of surgeons.

The picture of the individual body, the intimate body is complemented by the prosthesis presented at the exhibition  – the phantom body, the artificial body disguised as natural body; artefacts involved in the grim process leading from the authentic limb loss (physical and symbolic breakdown of the body) to the feigned restoration of limbs (physical and symbolic merging of the body).

„Professional play with the body”  is an exhibition that delineates a few timid purposes. These are: restoring the memory of former surgery; unimposing and non aggressive education; stimulation of the audience to individual reflection of the cases and the adventures of „human body”, which despite accidents, epidemics and wars lasted in its own no-humility, unruliness and willingness to be injured, fractured, dislocated, disabled, mutilated, or be contracted with the diseases of the interior. Surgeons undoubtedly belonged to the category of explorers, trying to (sometimes maybe too boldly) impose or enforce on that rebellious beings a „muzzle” and again give them an abstract concept of „health.” 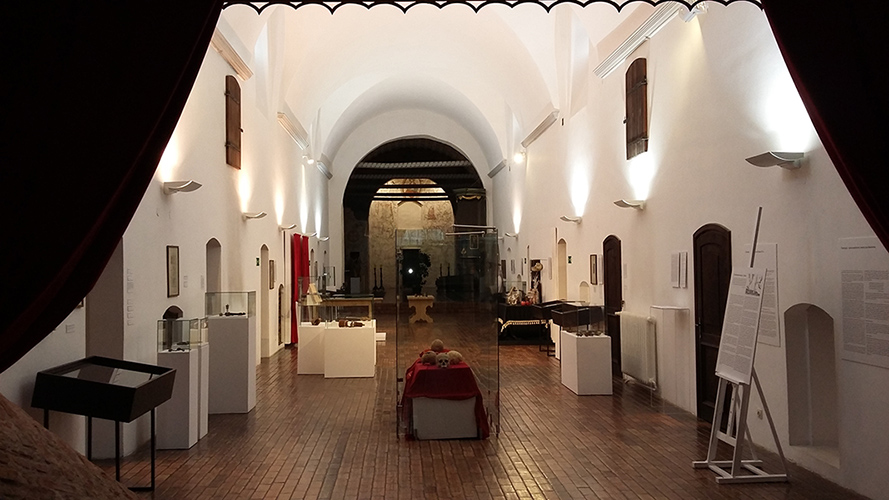 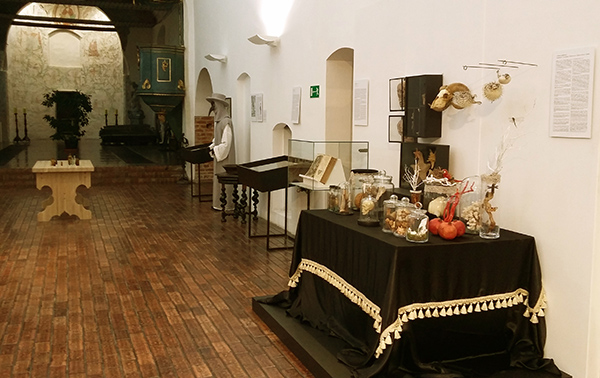 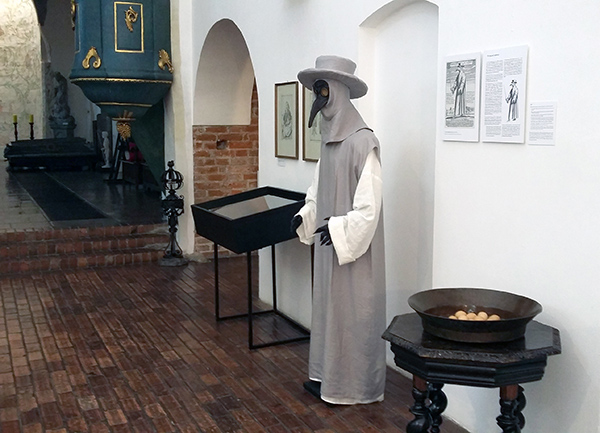 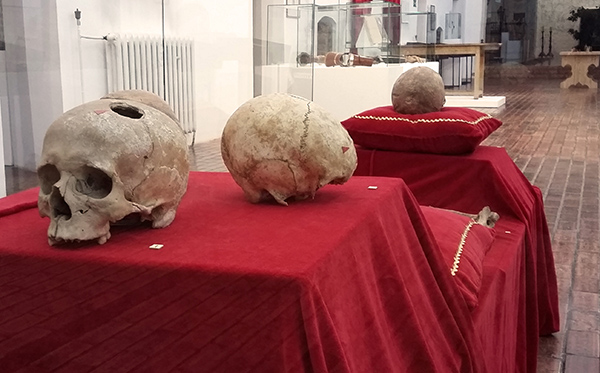 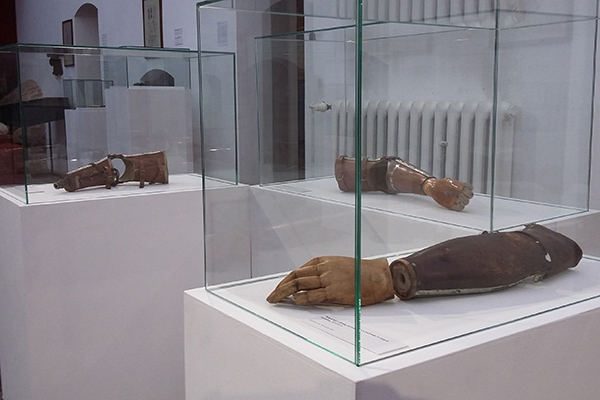 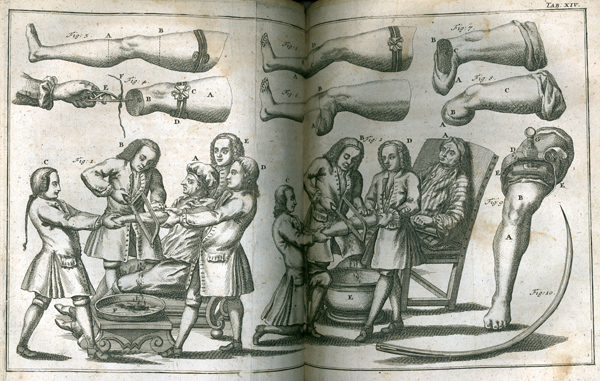