Treasures of Warmia and Masuria.

Exhibition available from the 6th of September, 2014. 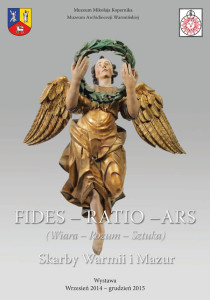 Baptistic angel, 17th century, the Church of the Immaculate Heart of Mary, Barciany

When Prussia had been conquered by the Teutonic Knights, Pope Innocent IV deputed Wilhelm from Modena (papal legate) to organize activities of the Catholic Church on this land. On the 4th of July, 1243, Wilhelm had presented the plan of dividing Prussia into dioceses. This had been approved by the papal bull on the 29th of July. Thus, four dioceses had been created : diocese of Chełm, diocese of Pomesania, diocese of Sambia and the diocese of Warmia. Among those, the biggest terrain had been given to the Warmia diocese (an entire middle section of Prussia).

In the following centuries, Warmia diocese grew. In the beggining of 19th century – by the power of bull of the Pope Pius VII – it incorporated the terrain of the former diocese of Sambia as well as part of the terrain of the diocese of Pomesania. Additionally, from 1821 until 1836, when Joseph von Hohenzollern was the bishop of Warmia, the diocese gained the Oliwa region as a result of von Hohenzollern’s position as the Cistercian abbot. In 1854 and 1859, as a result of Roman decrees, the diocese gained surroundings of two cities: Kwidzyn and Prabuty. Thus, the diocese became huge in size and outstreched from the Niemen up to the Vistula. Area so vast and rich in culture had started to shrink after the first and second World War. In 1972, as a result of bull of the Pope Paul VI, the diocese of Warmia had been joined with the archdiocese of Warsaw. It was elevated to the rank of archdiocese and given authority over two newly-formed dioceses: diocese of Elbląg and the diocese of Ełk. The area of the Warmia diocese, so socially, hisorically and culturally rich, became an excellent field of artistic experiences, emerging on the intersection of Eastern, Northern and Western arts in consecutive centuries. 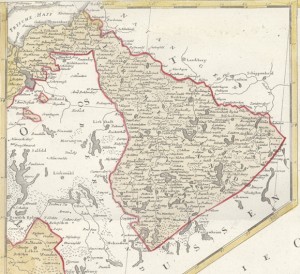 The celebratory 770th anniversary of establishing the diocese of Warmia inspired the Museum Of Nicholaus Copernicus in Frombork and the Museum of  Archdiocese of Warmia in Olsztyn to create huge summative exhibition. It shows the most astonishing, valuable but also the most original examples of paintings, sculptures, goldsmithing, tapestry, graphics and furniture, created from the 14th until 19th century in Warmia and Masuria. Title of the exhibition constitutes a peculiar interpretation of an idea of the work of art, which, in order to obtain excellence, had to consist of two constituent elements – fides (faith) and ratio (reason). Elements which, being exclusive, were also interfusing and encountering each other in the faith as well as in the mind of founder, then artist and eventually in the mind of the recipient. 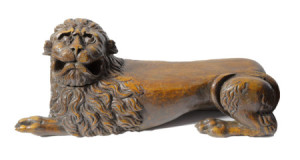 Among the most excellent objects of the Middle Ages and early Renaissance, there are several that should be listed: the outer and inner portals from the cathedral in Frombork, frescos from the church in Orneta, reliquary herm of saint Ida from Lidzbark Warmiński, epitaph of Bartholomew Boreschow, Frombork’s polyptych, polyptych from Sątopy, wings of the triptych from Mingajny. Baroque the time of quadraturas – humongous in their ideological and symbolic meanings (ceiling quadratura from the church in Święta Lipka, ceiling quadratura of the Salvator chapel in Frombork). It was also a period of an increased period of cult of many miraculous depictions of the Virgin Mary (Święta Lipka, Krosno) or exceptionally popular here, in Warmia, depictions of the Holy Family (Krosno, Glotowo, Długobur), of Mary Magdalene (Orneta, Frombork), John Nepomucene (Zwierzno) or Saint Roch (Stoczek Klasztorny). 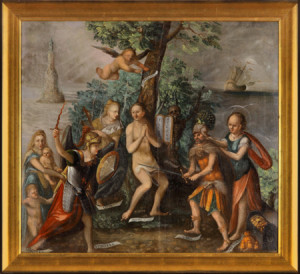 Allegory of human life, 17th century, Germany, from the collection of the Museum of Archdiocese of Warmia, Olsztyn

The area of previously mentioned differentiation is definetely represented by many sculptured crucifixes (Chwalęcin, Henrykowo, Braniewo, Międzylesie), monumental,  dazzling with dignity, iconographical depictions of the Apostolic College (Płoskinia), retables or independent scultpures representing the so-called Elbląg school of sculpting – cupping with mannerist perplexity between the momentum of the late Middle Ages and achievements of the early Renaissance realism. (figures of the Holy Mary and saint virgins from the triptych in Mingajny) or, finally, disarming with charm, baptistic angels – skyward acrobats with heavy wings and always forgiving looks (Barciany).

The exhibition in offer is being created with hope that the amount as well as the quality of exhibited objects will allow to create even partial image of sheer size and phenomenon of the art that had been created on (only seemingly) peripheries of the major art centres. That fact, however, did not cause this art to be reflected in the miror of mimesis (imitation). 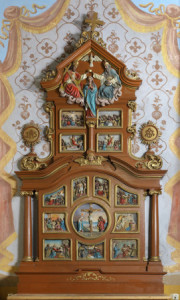 Altar retable, 19th century, the Church of the Saint John the Baptist, Jonkowo

Art of Warmia and Masura, by unveiling the interfusing harmony of fides and ratio and by showing (which is obvious) influences of the European art, simultaneously proves the ability to create valuable, quaint compositions, distinct in quality, which, having been made hundreds of years on the ‚verge’ of Europe, are nowadays the vital part of a huge artistic heritage of the same exact Europe.

Churches and institutions represented on the exhibition

Institutions of the Archdiocese of Warmia

Library of the Higher Theological Seminary of the Archdiocese of Warmia „Hosianum” in Olsztyn.

Metropolitan Curia of the Archdiocese of Warmia in Olsztyn

Museum of the Archdiocese of Warmia in Olsztyn

Higher Theological Seminary of the Archdiocese of Warmia „Hosianum” in Olsztyn.

Churches of the Archdiocese of Warmia

Barciany – Church of the Immaculate Heart of Mary

Bartąg – the Church of St. John the Evangelist and the Divine Providence

Bisztynek – Church of St. Matthew the Apostle and the Most Precious Blood of Jesus

Chruściel – Church of the Most Holy Trinity

Frombork – Archcathedral Basilica of the Assumption of Most Blessed Virgin Mary and St. Andrew the Apostle

Gietrzwałd – Church of the Nativity of Blessed Virgin Mary

Głotowo – Church of the Most Holy Saviour

Gudniki – Church of St. Andrew Bobola (branch of the Parish of St. Peter and Paul, Reszel)

Klebark Wielki – Church of the Finding of the Holy Cross

Międzylesie – Church of The Holy Cross (branch of Parish of St. John the Baptist, Orzechowo)

Paluzy – Church of the Nativity of the Blessed Virgin Mary (branch of Parish of St. Nicholas, Grzęda)

Ramsowo – Church of St. Andrew the Apostle and St. Roch

Srokowo – Church of the Elevation of the Holy Cross

Sząbruk – Church of St. Nicholas and St. John the Baptist

Święta Lipka – Church of the Visitation of the Virgin Mary

Pogrodzie – Church of St. Nicholas and the Mother of God

Stary Targ- Church of St. Simon and St. Jude Thaddaeus and the Transfiguration of the Lord

Curators of the exhibition:
Director of the Museum of the Archdiocese of Warmia in Olsztyn
ks. prałat dr Jacek Maciej Wojtkowski
Director of the Nicholaus Copernicus Museum in Frombork
Henryk Szkop