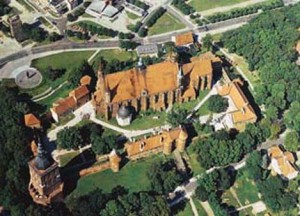 The Cathedral Hill in Frombork is one of the highest class monuments. Many times destructed and reconstructed, it retained the basic elements of the Middle Age architectural conception. The exceptional importance of this place is raised by the historical traditions and the person of Nicolaus Copernicus. Many of the gathered monuments of splendid past attract people from all over the world.
Wishing to serve to all interested, the hosts of the Frombork’s hill open to the visitors numerous buildings and exhibitions. 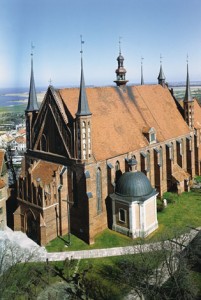 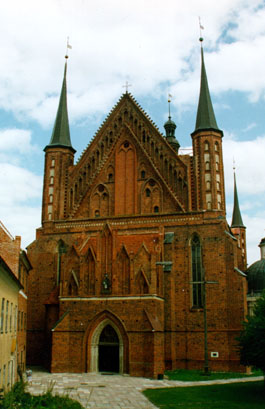 The Cathedral Basilica under the invocation of Ascension of Our Lady Mary and St. Andrew Apostel – the eldest building on the hill, built in years 1329-1388. It has a few additions, including two chapels: of St. George (known as the Polish Chapel) – built around 1500, and of the Saviour ( Szembek’s Chapel) – baroque, built in 1735.
The Varmian Cathedral is a gothic, hall-like, three-aisle structure. It is around 97 m long, its width is from 12 m in the presbytery to 22 m in the main part, and the distance from the floor to the keystone of the vault is 16,5 m.
The most important monuments in the Cathedral are:
1. Late gothic polyptych (until the middle of 18th century the main altar), given in 1504 by bp. Lucas Watzenrode, Copernicus’ uncle,
2. Stone portal in the western porch (14th-century),
3. Painted epitaph of the canon Bartholomew Boreschow, created after 1426,
4. Crucifix from the end of 15th century, in the rainbow,
5. Fragments of gothic stalls in the presbytery,
6. Gothic tombstones,
7. Organ prospect (1683),
8. Nicolaus Copernicus epitaph (middle of 18th century), on the first pillar of the nave. 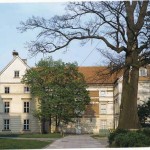 Former Bishop’s Palace is a gothic-baroque building situated in the south-eastern corner of the Cathedral Hill. It burned in 1945, and was rebuilt from 1965 till 1970. It holds the main exposition halls of the Museum. 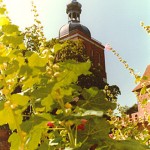 The Belfry, known as the Radziejowski’s Tower – the tallest building of the Cathedral Hill (16-17th century). It burned in 1945, and was rebuilt in the years 1972-1973. On the ground floor there is a museal planetarium.  In the belfry we can also find the Foucault’s pendulum – the only instrument in Poland to observe the rotary motion of the Earth. 70 m above the sea level there is a platform for observing the landscapes of Frombork’s surroundings. 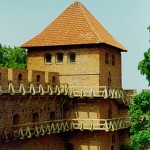 The Copernicus’ Tower – north-western, is the oldest element of fortifications of the hill. Built in 1400, higher levels repeatedly rebuilt in 15-18th centuries; burned in 1945, reconstructed – works finished in 1965. The tower was a property of Copernicus from 1504 till 1543. 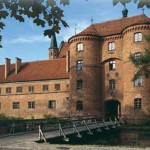 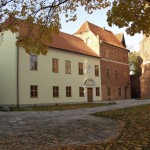