Images of Nicolaus Copernicus in Medallic Art and Numismatics

The earliest likenesses of Copernicus include the oil portrait by Tobias Stimmer, which can be found on Strasbourg’s Cathedral famous astronomical clock, the oil painting with the astronomer’s epitaph in St. Johns’ Cathedral in Toruń, and the portrait from the Library of the Toruń Academic Gymnasium. These images give the viewers an idea of how the scholar might have looked. Unfortunately, they were all created after Copernicus’ death. Indirect sources say that both the Strasbourg and the Gymnasium portrait were based on a likeness that has not survived to the present day, which the great astronomer posed for or, according to others, even painted himself.

Medallists were keen to include images of Copernicus in their works. They modelled their images on surviving portraits and used different materials and diverse techniques, also drawing on the literature to best show the physical features and the complexity of the character of the commemorated person. The way in which facial features, elements of clothing and attributes were depicted developed gradually. Ultimately, a stereotypical likeness of Copernicus became commonplace – of a mature man with sharp, pronounced facial features, protruding cheekbones, a long, sharp nose, and the characteristic shoulder-length, luxuriant hair parted to the right or the left, with his forehead and ears partly concealed, holding a lily of the valley in his hand. Heliocentric motifs and urban panoramas often complemented the image. With time, some artists began to move away from the familiar portraits and sought new means of expression in their work.

The exhibition entitled “Images of Nicolaus Copernicus in Medallic Art and Numismatics” aims to showcase medals, coins and banknotes carrying the image of the esteemed astronomer belonging to the museum’s collections and to illustrate the variety of ways in which Nicolaus Copernicus is depicted in the art of fine relief. The authors of the images on display are mostly artists with a distinct creative profile and self-assured personality, authenticity and uniqueness, skilfully using a wide variety of artistic means of expression. Some images are instantly recognisable, with others requiring greater focus to identify the person portrayed in the work. Some depictions of the scholar have been taken directly from well-known portraits, while others combine features of different likenesses, transposed in their own way and generating miscellaneous representations.

This year’s 549th anniversary of Nicolaus Copernicus’ birth is an excellent opportunity to demonstrate how artists have been depicting the influential astronomer in medallic art and numismatics. 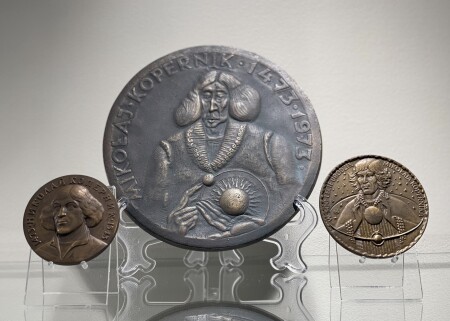 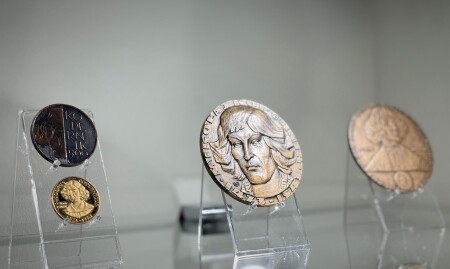 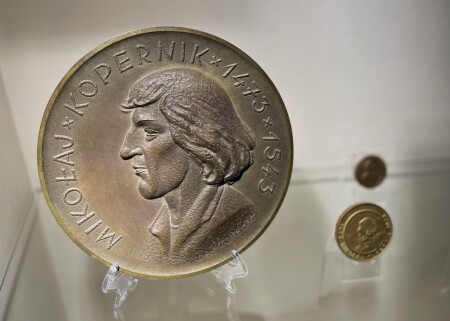